Ford Ranger Raptor Drive Test: It Do Surprise Me.

On this occasion, we have attended the presentation of the Ford Ranger Raptor, a pick-up that arrives willing to overcome any terrain regardless of conditions

We complaints about SUVs and their lack of capacity outside the asphalt have caused brands like Ford to hit the table. The oval firm wanted to satisfy those who demand the presence of an authentic 4 × 4 in the old continent, and the solution has a name: Ford Ranger Raptor. We have already tasted the most capable pick-up of the brand – with permission from the F-150. On asphalt and on broken terrain ready to force the Raptor to do its best.

With a groundbreaking aesthetic and character, we find a vehicle that is difficult to attribute a direct rival. With this premise, we are going to discover what the Ford Ranger Raptor is capable both outside and inside the road, are you with us?

In the purest American style

One thing that the Ford Ranger Raptor has made clear to me is that, wherever you look at it, it will not leave you indifferent. This effect is possible, thanks to a robust aesthetic.The front, now ruled by a black grill, will captivate us with the Ford emblem

topped in the same hue. A rough and large defense continues to convey that strong character that the Ranger Raptor presents, but quickly reveals the clear of this particular vehicle.

The side is sweetened by 17-inch wheels and BF Goodrich tires specially developed for the Ranger Raptor. The magnesium footrest will also captivate us while facilitating access to its interior. Finally, the rear is led by a large trunk, two vertical pilots with LED technology and defense – also black – that will not go unnoticed.

A sporty cabin, comfortable and with good solutions

Climbing the Ford Ranger Raptor is an adventure; it receives us with a height of 1.87 meters, 5.40 meters long and 2.03 meters wide. However, once the entry offered by the Ford pick-up is over, it will be very easy for us to find the right posture inside.

This Raptor variant not only offers changes at a mechanical and aesthetic level but also in its cabin. The first thing that will catch our attention is sports seats. Despite frankly collecting the body well, they are very comfortable and fluffy and ideal for covering long distances or for attacking broken tracks without immutation.

A large leather-wrapped steering wheel is responsible for acting as a rudder. This is accompanied by a generous keypad – which seems somewhat confusing in the first instance – and by a red stripe indicating twelve. Two large grey metallic cams are attached to the steering wheel itself, causing a more sporty and spicy appearance. To match, we find several moldings in the same hue and, to generate an attractive contrast, seams in blue. On the other hand, the control panel continues to be analog, and a digital display between both spheres is responsible for providing information of all kinds.

The dashboard has a central screen that, as usual in oval signature models, is intuitive and agile. However, the presence of hard plastics in several areas causes the interior of the Ranger Raptor to lose some exclusivity. Although in his defense, I will say that they have good adjustments, they will be easier to clean and replace in case of breakage.

The rear seats are comfortable, allowing four adults to travel without suffering in the attempt. As usual, the central armchair looks somewhat ballasted. But the truth is that its soft, forward-leaning backrest and a d transmission tunnel, cause that a fifth occupant can also accommodate in the Ranger Raptor with relative ease. Another advantage that we find its generous glove boxes both in the doors and in the center console, this will allow us to deposit countless objects.

Well, it was time to talk to you about what it feels like to the controls of the Ford Ranger Raptor. As much as when we ride on asphalt as when we face more complicated terrain. On this occasion, Ford has decided to increase the power considerably, a fundamental complement in off-road driving and to displace the more than 2,500 kilos that it declares on the scale. 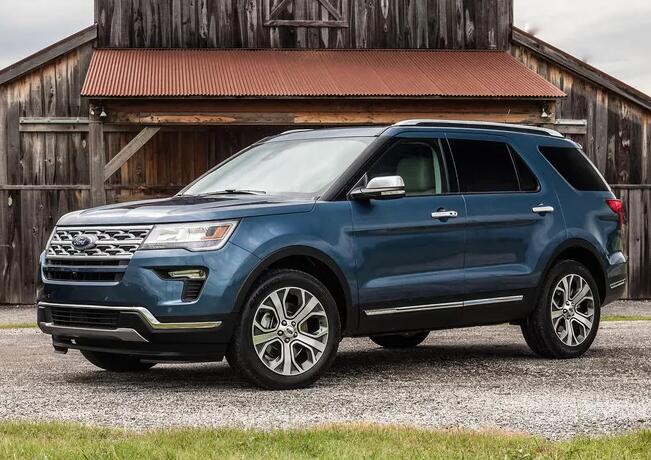 In its entrails, we find a block of four cylinders and 2.0 liters of EcoBlue diesel that declares 213 hp at 3,750 rpm and 500 Nm of torque that arrives strongly between 1,750 rpm and 2,000. The truth is that with this propeller we can handle the Ranger Raptor without great difficulties and reach high speeds with ease. But the weight is noticeable and despite the overwhelming response in practically. In the entire range of revolutions, we find a somewhat lazy feeling in the first measures of the tachometer. This is why I consider that an increase in power would be ideal for moving more smoothly.

To manage all that power, Ford has resorted to a 10-speed automatic torque converter, the same one used by the Mustang. When we circulate gradually and without demanding too much from the engine or the box, we find a smooth and fast response, which causes the gear changes to be virtually imperceptible. However, when we want to look for the sportier side of the Ranger Raptor and turn to sequential mode, the transitions are somewhat slow. The presence of 10 speeds seems somewhat tedious to play with them. This is why it is more comfortable to let it change itself. In his favor, I have to say that he manages perfectly the changes in off-road driving, and the presence of the gearbox makes things even more comfortable.

But how is driving this set on asphalt? Well, to my surprise, the Ford Ranger Raptor presents an ideal ride for long motorway crossings. One of the most striking aspects is its great soundproofing, which allows neither the aerodynamic noise nor the roar of its propeller to be intrusive in the cabin. Its suspension – destined to the off-road world and the competition – is comfortable and at no time we will appreciate dry bounces or sharp bounces of the body. In the city, the feeling is very similar, but the large dimensions of the Ranger Raptor will cause it not to be the terrain on which you feel most comfortable.

In sports driving on broken roads, we can appreciate one of the funniest sides of the Ford Ranger Raptor. Despite its weight and size, the truth is that it feels agile in support changes and when taking curves. With the 4 × 4 modes activated, the adhesion on the asphalt is constant, allowing us to move very fast on adverse terrain. In very sharp curves, the behind of the Raptor can be insinuated, allowing us to round the path further and increase the dose of fun.

His address is fast, but the lack of communication and multiplication will cause us not to be very aware of what is happening on the ground. Something that will let us know on more than one occasion the suspension system. And it is impressive the preparation to which they have submitted to the Ranger Raptor to face adverse situations and with little grip with comfort and amazing precision. To achieve this, Ford engineers have turned to Fox-signed shock absorbers, which have a 32% increase in the front axle and 18% in the rear compared to the conventional Ranger.

At the same time, it has aluminum control arms with damping towers in the front and a new spiral rear suspension system with an integrated watt arm. This allows the axle to move up and down with very little movement side. In practice, this reflected in a damping and suspension system that allows a very high degree of inclination and cross bridges. Descents and cross any terrain regardless of the level of breakage without any complaint from the Raptor. The stability is also impeccable, despite the dimensions of our protagonist, and the long journey of the suspension itself. Its surprising smoothness will allow both dirt roads and asphalts to be overcome with great diligence and without contemplation.

Its angles also help to make the off-road experience much more fruitful. With an approach angle of 32.5 degrees and ramp and exit angles of 24 degrees, the Ranger Raptor is able to overcome virtually any obstacle. With this impressive deployment, the Ford pick-up can go very fast when there is no asphalt. But it is also necessary to brake. The firm has resorted to two-piston calipers, 32 mm ventilated discs for the front axle, a 54 mm caliper and also 24 mm ventilated discs for the rear. They show a pleasant touch and an optimal but easily disable braking force.

Undoubtedly, the segment of pure and hard 4 × 4 is being absorbed by the SUV, a class of vehicles that, as a general rule, do not have an off-road capacity as suitable as that presented by vehicles of the mood of the Ford Ranger Raptor. If we really need a car to overcome virtually any terrain and take us from A to B with amazing comfort. The American pick-up is your car.

Its aggressive and imposing design fits perfectly with its personality while anticipating what it is capable of when the situation is complicated. Its cabin is comfortable and has the latest technology, although it is true that the materials used in the dashboard slightly ballast the exclusivity of the set. The diesel engine is enough to move the Ford Ranger Raptor fluently, but some more power would be ideal for a more fluid and immediate response.

With a starting price of 56,250 euros, the American pick-up occupies a problematic position to overcome, since there are very few vehicles capable of offering a similar value for money. With this premise, the Ranger Raptor arrives in Europe with great force, something that supports the more than 200 units that have already been reserved in Spain.