The Ford Mustang is celebrating its 55th anniversary, and for this, the brand wants to commemorate it with the Mustang55 special edition with aesthetic changes

On April 17, 1964, one of the vehicles that can claim to have made history. The Ford Mustang was put on the market, with a new class of cars called “pony car” was born. Thus serving as inspiration for other mythical models such as Dodge Challenger, Plymouth Barracuda or Chevrolet Camaro among others. Fifty-five years have passed, since that, he continues to raise passions among any motor enthusiast. The Mustang was in 2018 for the fourth year following the best-selling sports coupe in the world. 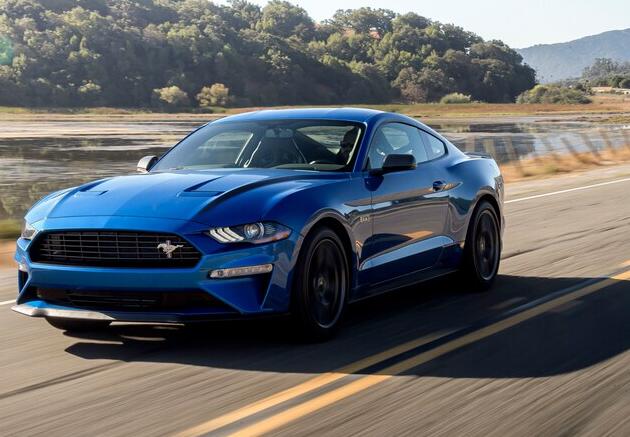 To celebrate this milestone of its 55-year history, Ford has wanted to celebrate it in Europe with a special edition called Mustang55. Based on the Mustang V8 with 5,000 CC motor and 450 hp, available with both the fastback body and the convertible collection. The Ford Mustang55 features exclusive aesthetic modifications that provide a unique style.

Starting from the outside, the Ford Mustang55 features black stripes with degraded effect. Located at the bottom of the hood, the color that also applies to the roof of the fastback versions. Although the convertible version also uses black for its canvas and on 19-inch wheels, although these will have a glossy finish. It should be said that, in case of choosing the Black Shadow color for your body, the stripes become silver.

Following the exterior aesthetic changes, the grilles of your grill and the one located at the bottom of the bumper are finished in gloss black and Pillar black. The latter color is also applied in the Mustang logo and in the 5.0 badges present on the front fins, to which the Colorado Red color is added for the decimal point. Finally, and available as an option, we can install an elevated rear spoiler that will be painted in Black Pillar. 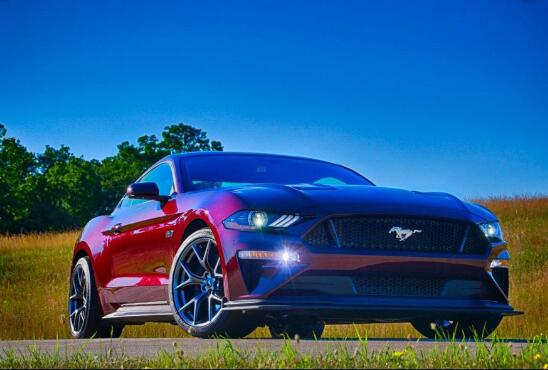 Inside the Ford, Mustang55 is intended to strengthen its sports character, with carbon fiber effect, while the center console and knee reinforcement will be lined in leather with grey stitching. A contrast that also appears in the floor mats. In addition, in the case of choosing the Mustang55 with a manual transmission, we will have an exclusive gearshift. If we opt for automatic transmission, the gearshift will be made of an exclusive metal alloy.

At the equipment level, the Ford Mustang55 will be equipped with heated and cooled front seats as standard. The latest update of the Ford SYNC 3 system with DAB + radio, B&O sound system. That includes 12 speakers. FordPass Connect modem for better connectivity, remote unlock of doors, vehicle locator and, for models with automatic transmission, also remote start.